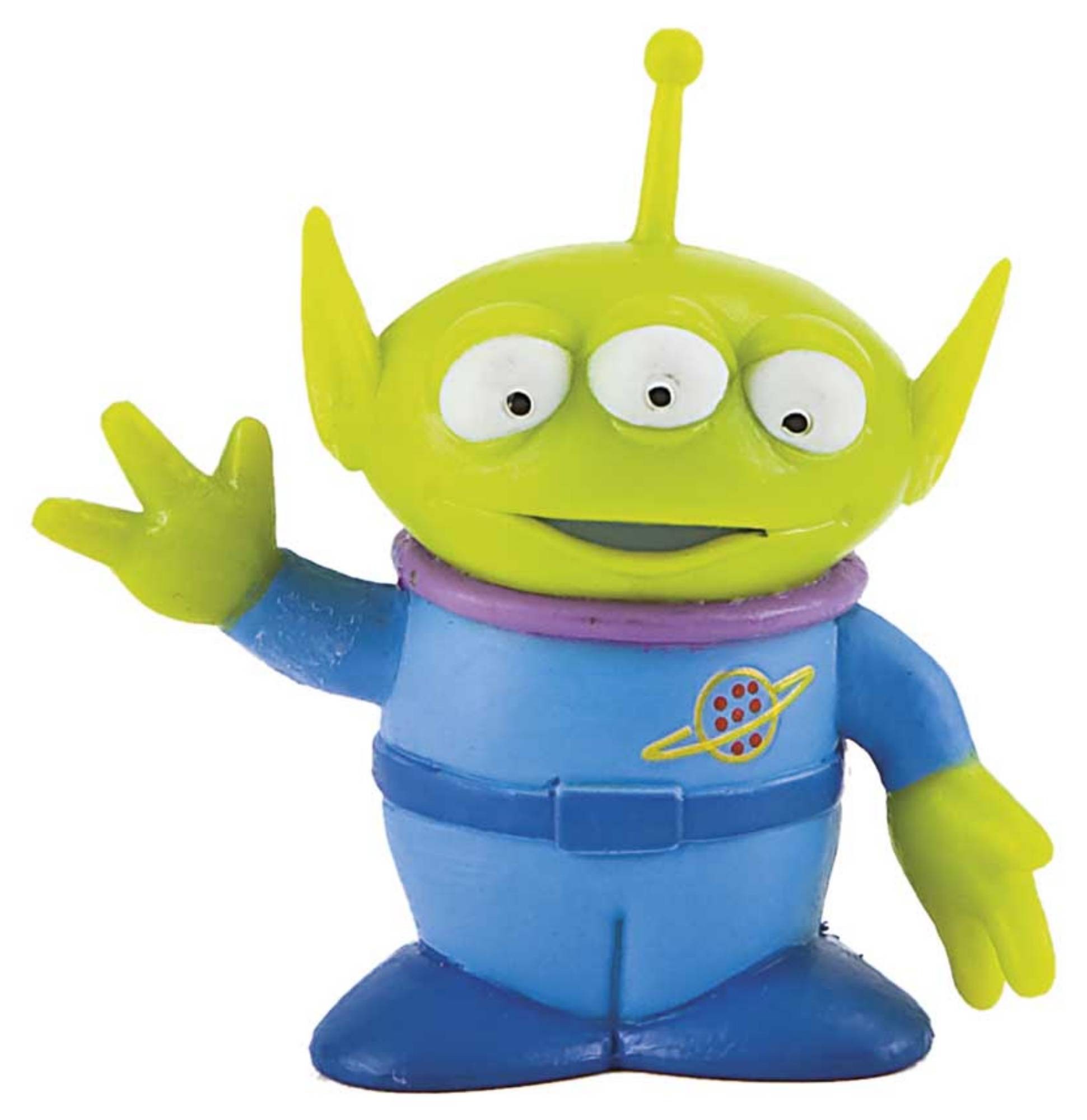 Bullyland Disney Alien, the little 3 eyed green man from Toy Story. The Aliens are first seen in a claw machine worshipping 'The Claw'. They are one of the most popular characters, known for saying 'ooooh' in unison and eventually become the adoptive children of Mr Potato Head because he saved their lives and are eternally grateful.